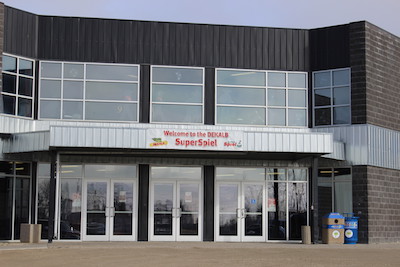 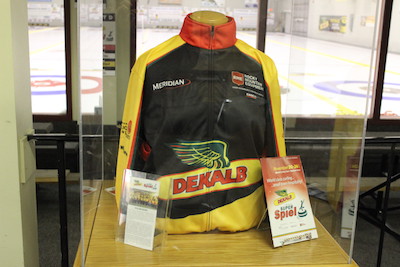 HISTORY OF THE DEKALB SUPERSPIEL

Welcome to the 15TH annual DEKALB SuperSpiel. The Morris Curling established the DEKALB SuperSpiel in March 2009 with the wonderful support of Monsanto Canada and the DEKALB seed brand. Monsanto and DEKALB have provided great support to make this event happen. The bonspiel’s name acknowledges the important support of DEKALB as title sponsor and evokes the names of the club’s 1970’s Big M SuperSpiel as well as the DEKALB SuperLeague, which provides a competitive outlet for curlers in the region.

The Morris Curling Club purchased new rocks in 2009 and Al Gitzel under the tutelage of Greg Ewasko has provided our competitors with top level ice. The Morris Curling Club purchased a TV system in time for our 2nd DEKALB SuperSpiel so that our fans could have a super viewing experience with the ability to watch any sheet from any location in the club. We have hosted teams from around the world and across Canada providing fans with excellent viewing opportunities. With the expansion in 2014 to include 32 women’s teams and the 2015 expansion to also include 32 men’s teams along with the corresponding increase in prize money, the DEKALB SuperSpiel has become one of the top 5 events on both the men’s and women’s side outside of the Grand Slam series. The recent expansions also has meant including a second venue with curlers now curling in both the Morris Curling Club on Al Gitzel’s ice and on Greg Ewasko’s arena ice in Rosenort.

Our DEKALB SuperSpiel has also become a meeting place for our sponsors. It provides an opportunity to meet with customers and to enjoy some curling as well. We say a Super thank you to our many sponsors that are so important in making the DEKALB SuperSpiel a success.

The DEKALB SuperSpiel continues to be a venue for garnering CTRS points and is an important part of the players’ quest for the Manitoba Championship berths which have been allocated to the Manitoba Curling Tour.